The Days of Noah and the Storms of Glory

There are storms coming, storms of glory, that will change the spiritual climate over regions. A climate is generally defined as the weather conditions that prevail in an area over a long period. As the glory comes, we will see places and regions that had a climate of barrenness become regions of birthing. Places that have been like a desert will become places of refreshing and renewal. As the storms come, there will be lightnings of deliverance released. In the glory, deliverance is not a process, it is immediate. There is an acceleration in the glory.

saw satan fall like lightning from Heaven, we will see the captives set free speedily in the glory (Luke 10:18). We must be prepared to steward the glory. We must prepare our hearts to receive the light of the knowledge of the glory in the face of Jesus. There is great grace for great glory that is being released in this hour.

I (Jason) believe this grace is an apostolic grace (divine empowerment) to build, pioneer, and father in the glory. We will see strategies and structures built that can steward these storms of glory to bring transformation to a region (Gen. 6:15). It is time for the apostolic fathers to rise up and release sons that will help build, guide, and govern in the glory. Among the earliest uses of the term "apostle" or "apostolos" were the Greek historians, who used it to describe an admiral over a fleet of ships sent out by his king to establish his government in new territories.

"Authentic prophetic declaration unlocks realms of His presence and calls people up higher."

As we look at the word picture associated with this upcoming Hebraic year of 5778 (Ayin Chet), we will see that it is a picture of a wall or fence. Walls and fences are structures that are built-up to protect what is inside. There is a building up of apostolic houses and centers that will govern, guide and guard the glory that is being released in the glory storms. These centers will be places of justice in the sight of injustice. They will be places of righteousness in the midst of unrighteousness. Mercy will be the currency and truth will be the constitution (Ps. 89:14).

The hammer that was used for building will become the gavel that is used to govern and guard in the glory. Chet is the 8th letter of the Hebrew alphabet and carries the numerical value of eight. The letter Chet is used to form the Hebrew word Chen which means Grace. This word is used in the Scriptures when Noah found grace (chen) in the sight of the Lord (Gen. 6:8). Noah is a picture of an Old Testament apostle. He was the first admiral of a ship. Some key attributes of the apostolic advance are building, pioneering and fathering. Noah did all three. He built an ark and an altar, he pioneered in the outpouring, and he did it with his sons (Gen. 6:9, 14. Gen. 8:20).

In the days of Noah, the land was filled with violence and injustice (heb. chamac "hamas", Gen. 6:11).

The Lord is raising up the Noahs in this hour that will be able to steward the storms of glory that are coming. The land is to be filled with the knowledge of the glory as the waters cover the sea (Hab. 2:14). When a land is filled with violence, it is void of glory.

The Noahs will be able to discern the time and the seasons, to release strategies, and build by faith when no one else will build. They will walk in obedience and endure the mockers and scoffers who say it is foolish to prepare for an outpouring of glory. The glory storms will separate and elevate the Noahs. The Noahs will come out from among the old wineskin structures to build vessels that can steward the glory. They will be separated from those who walk after the flesh and are not lead by the Spirit. No flesh can glory in the glory storms of the Lord.

Just as the waters lifted up the ark, the glory will elevate true Kingdom vessels. Noah's name means rest. In the glory, we can build, pray and see miracles happen without striving. There is a resting that is released in the glory. All needs are met in the glory. The clouds are rolling in, the sounds of thunder are clapping, and lightning is flashing across the horizon. There are storms coming, storms of glory, and it is time to prepare!

"Therefore he said unto Judah, Let us build these cities, and make about them walls, and towers, gates, and bars, while the land is yet before us; because we have sought the LORD our God, we have sought Him, and He hath given us rest on every side. So they built and prospered" (2 Chronicles 14:7)

THINK ON THESE THINGS 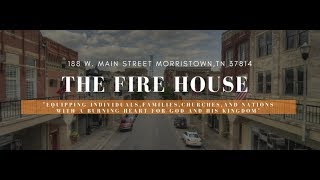 THINK ON THESE THINGS 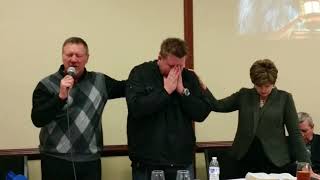 COMMISSIONING OF THE BURNING HEART- 2015